Sovereignty still makes sense,
even in a globalised world
The great empires of the past have expired, and nation states remain 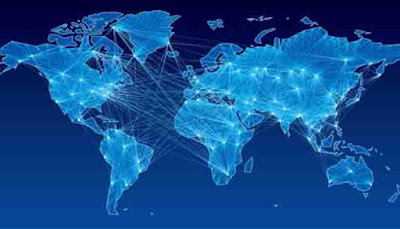 National sovereignty was long ago consigned to the dustbin of history. “The days are for great empires, and not for little states,” proclaimed Joseph Chamberlain, Britain’s colonial secretary, in 1902. Today, every one of those great empires has gone, and the little states remain. Yet Chamberlain’s belief has proved tenacious. Some of Chamberlain’s young imperialist acolytes continued to preach the message, in old age supporting European federalism.
Little states offended all who thought in terms of rationality, order and power rather than of disorderly democracy: these included diplomats, administrators, economists and academics of right and left. Sovereignty was blamed for world war. Supranational systems, on the other hand, would maintain peace.
The reality was different.
Both world wars emerged from the internal dynamics of authoritarian empires, not from popular nationalism: war was deeply unpopular, even in Hitler’s Reich. Utopian attempts to create a supranational world order bore little fruit. Yet the vision persisted. Defenders of the EU insist that it has kept the peace and that its breakdown would return our continent to the nationalist turmoil of the 1930s.
In fact the EU is the result, not the cause, of a peace created by the democratic nation-states that crushed Nazi Germany and set up Nato.

Imperialist and federalist schemes have all run up against national sovereignty and democracy, the two sides of the same political coin. Chamberlain doubtless believed that people were better off in a supranational system directed by a high-minded elite. But even if he was right, in most of the world that argument has long been lost. Perhaps the British empire was the creator of the “modern world”, but as soon as they could its subject peoples left it. The remarkable political achievement of the EU was to persuade most Europeans — who in some cases had fought for their national sovereignty — that this sovereignty no longer mattered, that it was an illusion, that it could safely be “pooled” within the EU, and that anyway trying to exercise it would bring disaster.
Last year, the people of Britain decided, by a small majority, to take that risk. Questions have emerged about their newly asserted sovereignty. How is it exercised, and by whom? Scottish nationalists claim their own sovereign rights. Opponents of Brexit espouse an extreme version of parliamentary sovereignty. Brexit voters regard a direct popular vote as the ultimate expression of sovereignty. The distant origins of national sovereignty are misty and intangible; but most of us would probably accept that popular consent is its core.

But is this misty sovereignty simply an outdated political myth? We are often told that in “today’s global world” national sovereignty is meaningless as borders become irrelevant and powers shift towards international and non-state bodies. This is surely an ideological dogma more than a dispassionate observation. The amount of power states can exercise over even major economic forces is considerable, and certainly far greater than in the past. In most countries the state accounts for nearly half of gross domestic product, and quantitative easing has demonstrated the importance of monetary sovereignty.
Small states are flourishing: it is the big players that face fundamental problems. Even at the lowest estimate, the residual powers of sovereign states are of huge importance. The EU is claimed to have solved the problems of national sovereignty and power by pooling the former to augment the latter. But the solution is evidently not working. For many member countries, most obviously Greece, Spain, and Italy, the pooling of national sovereignty has meant devastating social, economic and political consequences.

Like a political black hole, the EU sucks sovereignty from its member states, but the pool of sovereignty drains away. If sovereignty confers the recognised right to take a final decision, who in the EU has that right? As Thomas Hobbes observed, “sovereign authority is not so hurtful as the want of it”; and nothing the EU does is as damaging as the things it fails to do. It cannot solve the problems created by the euro. It cannot control the movement or direct the equitable settlement of population either from outside or within.
The British empire has been memorably called “a brontosaurus with huge, vulnerable limbs which the central nervous system had little capacity to protect, direct or control”. The same could be said of the EU, whose weaknesses may destroy it. The old Austro-Hungarian empire could only hope to keep its peoples in a manageable state of dissatisfaction. The EU today faces a similar prospect. We must hope the parallel stops there.
Perhaps in a few years Europe’s elites will recognise that federalism has proved a blind alley, and that Europe’s best hope is as an association of democratic sovereign nations held together not by “directives” but by neighbourly solidarity. But don’t hold your breath.