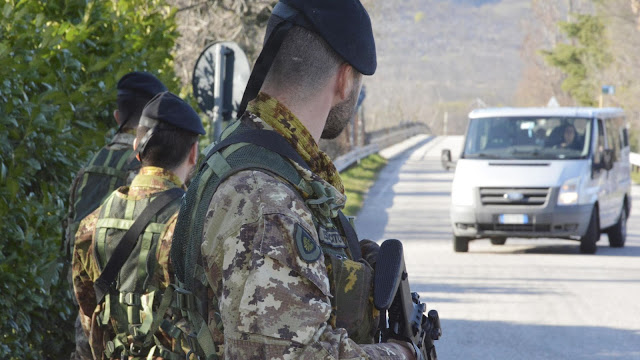 Yuval Noah Harari attends a session at the 50th World Economic Forum (WEF) annual meeting in Davos, Switzerland, January 21, 2020.Denis Balibouse/Reuters
Philosopher and historian Yuval Noah Harari harshly criticized Benjamin Netanyahu on Thursday, saying the prime minister was using the coronavirus crisis to destroy Israeli democracy – a tweet that sparked the ire of the premier’s son, Yair, who was quick to fire back.

“Coronavirus has killed democracy,” Harari wrote. “Netanyahu lost the elections. So under pretext of fighting corona, he has closed the Israeli parliament, ordered people to stay in their homes, and is issuing whatever emergency decrees he wishes. This is called a dictatorship.”

Will Israel's cyber spies let Bibi use coronavirus to kill democracy?Haaretz
Harari added: “In Italy, Spain and France emergency decrees are issued by a government that the people elected. This is legitimate. In Israel emergency decrees are issued by someone who has no mandate from the people. This is a dictatorship.”
Yair Netanyahu, 28, retorted that Harari, a Hebrew University professor and the author of the best-selling “Sapiens: A Brief History of Humankind,” was an example of why “clever professors can be stupid about politics.”
The younger Netanyahu also compared Harari to Albert Einstein, who he claimed “didn’t understand politics” and “opposed Zionism.”
He then argued why his father’s Likud party actually won Israel’s March 2 election, while bashing Kahol Lavan for its willingness to cooperate with the Joint List alliance of Arab-majority parties – after Benny Gantz’s party promised not to do so during its election campaign.
“Perhaps because [the Joint List] includes people who glorify those who crush the skulls of babies,” Yair Netanyahu tweeted in Hebrew.

On Monday, President Reuven Rivlin gave Gantz the mandate to form a government after the former military chief won the majority of recommendations from Knesset lawmakers.
Extending his attack, the younger Netanyahu tweeted that everything Harari has written since “Sapiens” in 2011 “has been very disappointing, with globalist paradigms, as if they were written by [George] Soros. And with all due respect, your book is essentially an AliExpress version of Will Durant.”
AliExpress is a web-based retail service; Durant was a historian and philosopher who with his wife Ariel wrote the 11-volume “The Story of Civilization” between 1935 and 1975.
Harari’s initial tweet was part of the protests in Israel against what critics of the Netanyahu government are calling an “assault on democracy” in the face of the coronavirus outbreak.